Resveralife knows that looking well, eating well and living well are three of the most important concerns of modern day man. It might be easier said than done, but with the right kind of advice, you can easily transform your lifestyle to incorporate all three features into your life. The Resveralife guide to living, eating, and looking well offers you the best and the hottest tips to transform the way you live, the way you eat and the way you look this fall season.

Living well is all about experiencing the best that life has to offer. And the good news is that living well isn’t overtly difficult. Exercise is an important factor of living well. One of the best ways to incorporate fitness in your life is to add a few simple exercise routines into your daily routine. This guide to living well acquaints you with some of  the best and most effective exercises.

Eating Well – 5 Side Dishes to Try

The eating well guide can offer you the perfect starting point when it comes to adding some healthy side dishes to your diet. Eating a balance diet – a diet that is rich in fruits and vegetables, proteins and dairy products – is a must when it comes to leading a healthy life. It’s OK to indulge in a treat every now and then, but your overall food choices on a daily basis are very important. This eating well guide brings you some of the best side dishes that are high on the taste factor and also on the healthy quotient.

If you don’t have perfect looking skin you more than likely use makeup to improve its appearance. If you do have amazing skin you probably still want to change up your look with some makeup. Resveralife is here to help with tips to apply your makeup right way and look amazing. 1. Cat-eye Eyeliner – Cat-eye eyeliner is super fashionable and fun look to rock. It can give you a flattering look, irrespective of your eye shape and make you look mysterious even when you go low-key with the rest of your makeup. Here’s how to get the perfect cat-eye look: 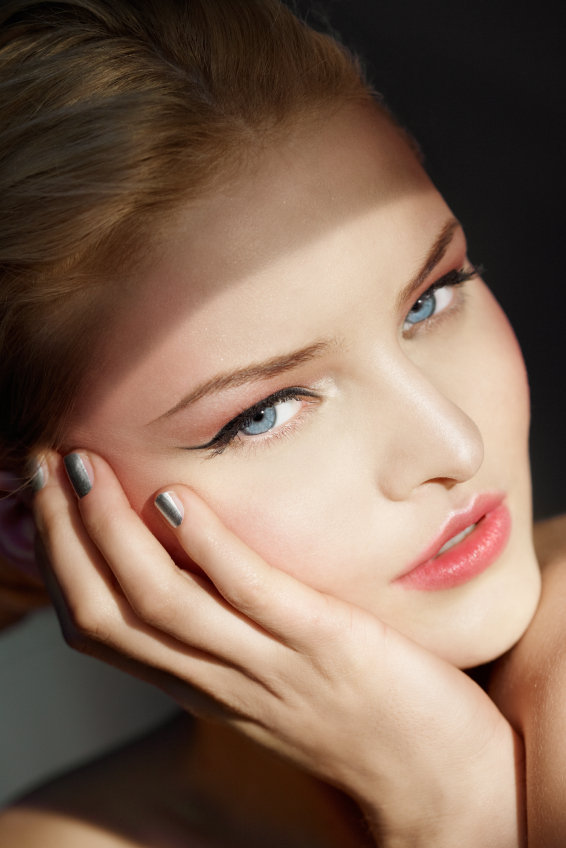 2. Cranberry Eyeshadow – Cranberry eyeshadow can give you an easy and sleek look that is ideal to sport during the changing seasons. Pair it with nude or berry lips for best results.

3. Eggplant Nail Polish – Eggplant nail polish is a perennial fall favorite. Use a shade that almost looks black in color and appears to be all nineties and vampy. The secret is that when light falls on this shade, it gives off gleaming hints of purple. This is what makes eggplant nail polish so enchanting. 4. Dark, vampy lips – Dark, vampy lips were seen at fall fashion shows all over the world. That is not to mention the numerous celebrities who have already been sporting this look everywhere. The best part is that with all sorts wine stained and berry colored shades to choose from, you can easily find a shade that suits you perfectly. 5. Berry cheeks – Berry cheeks are definitely worth your while this fall. They go well with your cranberry eyeshadow as well and vampy lips.

Resveralife Examines the Relationship Between Red Wine and Acne

Red wine contains an antioxidant that is believed to help in the treatment of acne. Vine Vera reviews a new study which states that red wine is a major enemy of acne because of the presence of an antioxidant known as Resveratrol. Resveratrol has certain acne-fighting properties and is usually found in the skin of red grapes. Thus, this ingredient automatically finds its way into red wine and it hinders the growth of the bacteria which causes acne.

Resveratrol is the same substance that has become one of the “darling ingredients” of the skin care world because of its anti-aging benefits. Many doctors have also recommended drinking red wine because of the health-heart properties that Resveratrol has to offer. Furthermore, Resveratrol prevents the growth of free radicals that can cause tissue or cell damage in the body.

This study was conducted by researchers from the University of California Los Angeles (UCLA). According to a report in The Independent Journal, the UCLA experts tested the acne fighting properties of red wine by using the blood samples of healthy volunteers who did not have such skin conditions. It used this blood to test the ability of Resveratrol in inhibiting the growth of acne causing bacteria and found that Resveratrol was actually effective. However, it is important to note that the best acne fighters were not just centered around Resveratrol. The report suggests that the best results were derived when Resveratrol was used in combination with Benzoyl peroxide. Benzoyl peroxide basically works by creating free radicals which kill the acne-causing bacteria.

The team grew acne-causing bacteria and then used different combinations of Benzoyl peroxide and Resveratrol to see which combinations worked the best. These cultures were monitored for 10 days to record the level of bacteria growth or bacteria killing. Benzoyl peroxide displayed a great ability to kill acne-causing bacteria in all concentrations, but its effects were short lived. On the other hand, Resveratrol did not display a decent killing capability, but it managed to inhibit bacteria growth for a longer period of time.

Initially, experts were against combining Resveratrol and Benzoyl peroxide because Resveratrol is a known anti-oxidant and Benzoyl peroxide is an oxidant. Thus, it was thought that they would cancel out each other’s effects. However, reports suggest that this was not the case. They proved to be a formidable combination because they portrayed anti-bacterial activity in the initial stages as well as a sustained bacterial growth inhibition.

According to Dr. Emma Taylor, one of the researchers associated with the UCLA study, the study shows that combining antioxidants with oxidants can enhance the effectiveness of each ingredient in fighting bacteria over a long period of time. This study should also lead to the development of acne treatments that are less invasive.

Dr. Jenny Kim, the professor of clinical medicine at the Geffen School, states that adding these two ingredients was quite similar to combining the best ingredients from both words and using a two-pronged attack to deal with acne-causing bacteria.

Taylor mentioned that she hopes that their findings lead to the development of a new category of acne therapies are based on antioxidants. The next steps of this research involve laboratory testings to better understand both compounds and their acne-fighting capabilities.