Pain. It can be overwhelming, and relief needs to be immediate. When discomfort gets hard to tolerate, most of us grab the first thing on the shelf of the medicine cabinet without thinking and herein lies the problem. Pain relievers are drugs, and like all other drugs, they need to be considered carefully before we take them. According to experts, many of the pains relievers in our medicine cabinets may be doing more harm than good. Here are what some of them are saying about NSAIDs and why other options should be on hand before pain hits.

Do Pain Relievers Put Us At Risk?
NSAIDS or Non-Steroidal Anti Inflammatory Drugs have been coming under fire lately for having the potential for cardiac risk. These drugs are commonly taken for relief of a variety of pain types, including headaches, muscle, Ibuprofen and joint aches. Examples include over the counter agents, such as Advil, Ibuprofen, alive, and Naproxen, while prescription varieties include Celecoxib and Celebrex. However, while former studies showed increased risk of heart attack, more recent ones reveal that the danger is more commonly associated with people who take the drugs regularly.

Studies reveal a two to fourfold increase in the risk of myocardial infractions for habitual NSAID users. That means that 25 to 50 patients would need to take NSAIDs for a whole year to cause one event of a stroke or heart attacks. However, because the use of the drugs is so popular, and many of the users are seniors who are already at risk for heart disease there is a cause for concern.

Highest Risk
The highest risk seems to come from taking over 750 mg of Naproxen or 1200 mg of Ibuprofen. Does this size is taken regularly carry a risk for GI bleeds, kidney injury, and stomach ulcers, in addition to cardiac risk.

Thing to Keep In Mind
If you are young and in good health, your chances of cardiovascular complications caused by NSAIDs are small.

If you are currently at risk for heart disease, NSAIDs can increase the risk.

If you need to take NSAIDs on a regular basis, you should discuss the risks and possible alternatives with a health professional.

NSAID Alternatives
Because there is no one size fits all answer to pain relief, it is probably best to create a “Pain Plan” with your doctor or pharmacist. Considering the recent efforts to cut down on the use of opioids and increase the use of NSAIDs for arthritis treatment, careful decision making needs to go into picking the right pain relief.

While Tylenol, which is not a NSAID, is often a good pain relieving option, there are also no medication relief alternatives, such as the use of heat or ice, depending on the conditions. Although it is still safe for many patients to take NSAIDs, it is important to be aware of recommended dosages and the frequency of taking them. Experts recommend that no medication remedies, such as heat, massage, stretching, ice, and other forms of physical therapies be kept in consideration until more information is known.

Are you trading in your NSAIDs for other options? Let us know if you are and what they are.

This OTC Drug May Increase Your Risk Of Heart Attack

Pain. Barring the occasional UFC fighter, most of us have a very low tolerance for it. In fact, the majority of us want to rid ourselves of it as soon as possible. Luckily, pharmaceutical companies have long recognized the public outcry for quick and effective pain relief, and, as such, there is no shortage of accessible drugs and medications designed to stop every burning, aching, throbbing, and stinging sensation as soon as it hits. However, historically, when a product is in such demand, consumers are often not that particular about the risks involved, and pharmaceutical companies are not likely to highlight them. With that in mind, let’s take a closer look at the hidden dangers of a common OTC.

NSAIDs
The FDA is set to begin a program of strengthening existing warnings on Drug Facts labels to indicate that NSAIDs, or nonsteroidal anti-inflammatory drugs, can increase the risk of stroke and heart attack. Over the counter NSAIDs are generally used to treat aches and pains and reduce fever. Common examples include ibuprofen, like Advil and Motrin, and naproxen.like Aleve. Some combination medications, like multi-symptom cold relievers, may also contain NSAIDs. According to Karen Mahoney, MD, and deputy director of the FDA’s Division of Nonprescription Drug Products, “Be careful not to take more than one product that contains an NSAID at a time.” She suggests checking the active ingredients list on the Drug Facts label to determine whether or not the product contains an NSAID. 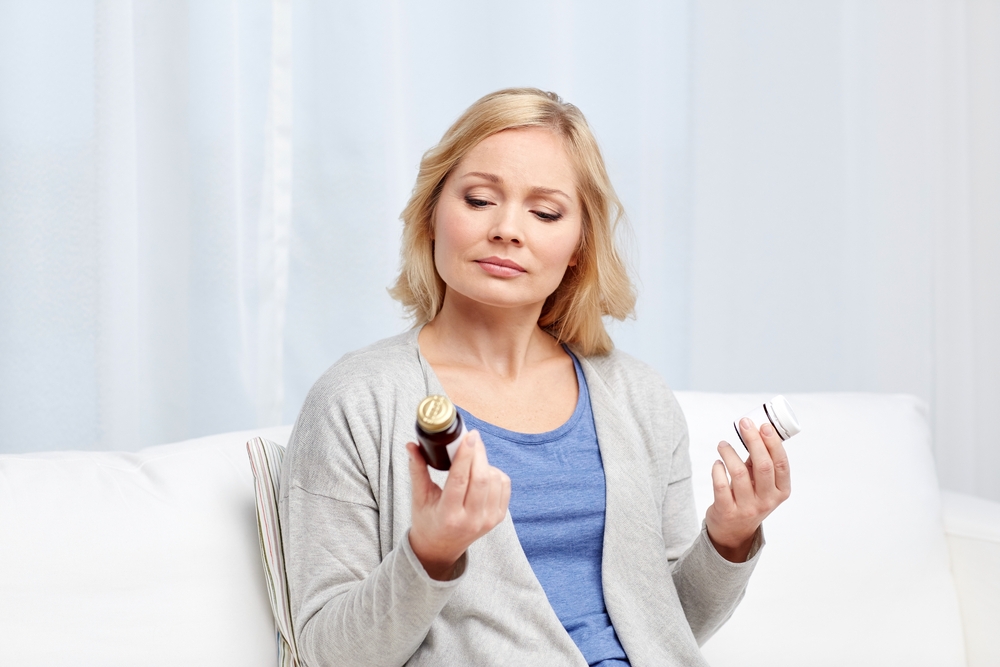 New Information
NSAIDs already provide information on stroke and heart attack risk on their labels; the FDA have been adding boxed warnings to prescription drug labels since 2005. However, more recent data has prompted the FDA to require companies to update the labels with more specific information. Among the more recent findings is the knowledge that risk of stroke and heart attacks may occur as early as within the first weeks of NSAID treatment. Judy Racoosin, MD, MPH says, “There is no period of use shown to be without risk.” While those who have cardiovascular disease are at the greatest risk for adverse effects of NSAIDs, Racoosin says, “Everyone may be at risk- even people without an underlying risk for cardiovascular disease.”

Consumer Advice
So, if NSAIDs are out, what should you do for pain relief? Experts say consumers can still take them but need to be aware of the implications, especially at high doses. Mahoney says, “As always, consumers must carefully read the Drug Facts label for all nonprescription drugs. Consumers should carefully consider whether the drug is right for them, and use the medicine only as directed. Take the lowest effective dose for the shortest amount of time possible.”

If you have a preexisting heart condition or high blood pressure, get a doctor’s opinion before taking an NSAID and weigh the risks and benefits. Also, if you are currently taking aspirin to protect against possible heart attacks and stroke, you should be aware that some NSAIDs, like naproxen a and ibuprofen can interfere with that effect. Mahoney suggests that you do everything possible to reduce risk factors for stroke and heart disease. “Smoking, high blood pressure, high cholesterol, and diabetes are significant risk factors for these conditions,” she says, “If you smoke, work on quitting. See your doctor regularly to find out if you have these other strong risk factors, and commit yourself to taking care of them and of your health.”

What are you doing to avoid taking NSAIDs or lowering your risk of heart disease and stroke? let us know how you weigh in! We love to get your thoughts.