Tips For Growing Your Own Organic Produce

You say you’re not the type for organic gardening. People who grow their own organic vegetables are the kind of people who practice yoga. They throw away their razors and change their names to Persimmon or Rutabega. They listen to new age music and Joni Mitchell. They replace all their tight-fitting clothes with sack-like hemp items. You would never fit the bill. Although it may be tempting to find some plausibility in this scenario, it is actually quite far from reality.

Organic gardening is actually one of the most practical things you can do. It’s the healthiest and cheapest way to produce food for your family; the transcendental meditation and is optional. If you’re thinking of growing your own organic produce, here are some tips for keeping it real. 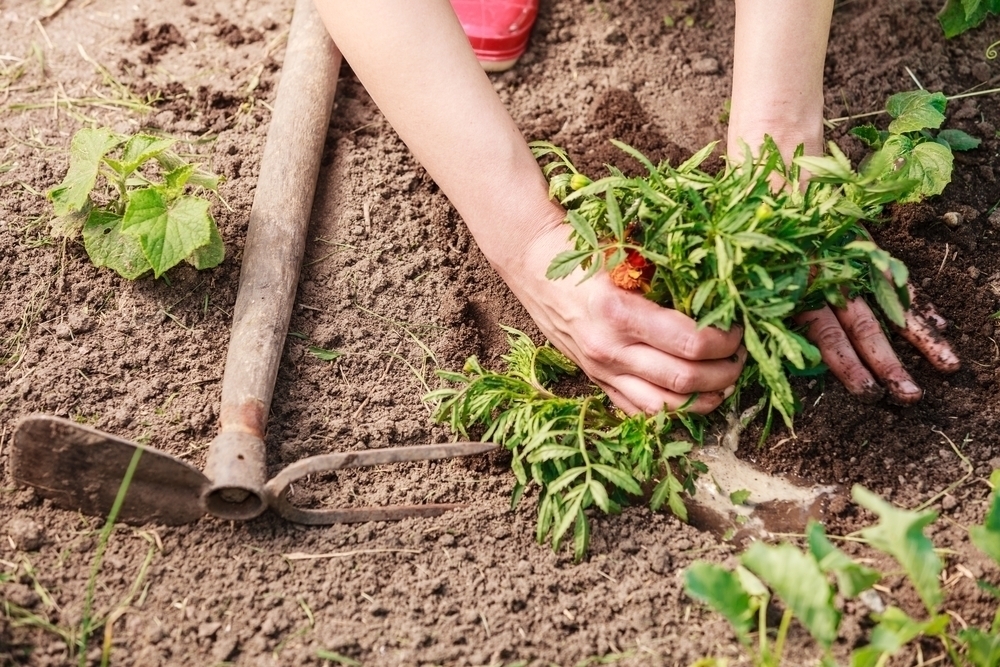 Green Manure
Green manure is a way to grow plant material while improving the quality of the soil. It’s usually planted in the winter and grows a few weeks before planting season. It retains nutrients while it grows, until it’s cut down and turned into the soil. Winter rye is a good source of green manure during the winter because it clamps onto the soil to prevent erosion. Comfrey is another excellent green manure option, which helps to add minerals, such as nitrogen and phosphate to the soil.

Compost
Compost is a nutritious humus made from rotting organic material, like grass clippings, wood chips, vegetable or fruit scraps. In fact, you can add anything organic to the compost pile to provide extra nutrition to your plants. Compost can be added directly to the soil and turned under, or you can leave it on the top of the bed and let the worms come and do the work for you. Using compost prevents water erosion and disease. You can make your own compost pile by setting aside a bin and adding organic material at regular intervals, adding it to your vegetable garden bed when the older material becomes finished. 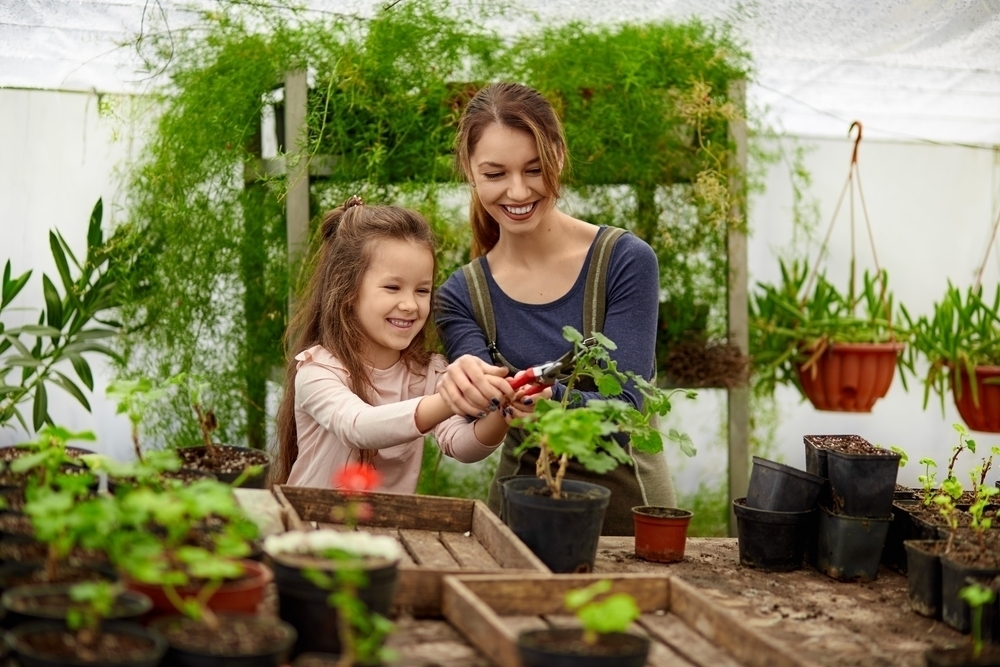 Mulching
Mulching is a way to slow down the growth of weeds while keeping the soil from dehydration. Although almost anything that provides cover for the bare ground between your vegetables can be used for mulching, organic materials will degrade slowly and add nutrients to the soil. The best organic materials for mulching include dry grass, wood chips, and hay. Spread a few inches of mulch onto areas of bare soil to keep sunlight from reaching the ground and drying the soil.

Companion Planting
Strength in numbers applies to the gardening world as well. Companion planting is the planting of certain types of herbs, flowers, and vegetables together to fight off disease and pests and provide nutrients to one another. Although herbs are the most regularly used for companion planting, there are certain vegetables that should be planted apart or together. For example, planting tomatoes with carrots will make your carrots turn out smaller than usual. Garlic is a natural fungicide that can fight off a large number of diseases and pests. In fact, garlic can even improve the flavor and production of certain vegetables. Beans are an excellent companion choice for corn and grains because they enrich the soil with the nitrogen necessary for these plants to thrive; melons and squash work well with corn as well, because their broad leaves provide the soil with the shade necessary for keeping the corn moist.

Are you going organic? Let us know what you’re doing to make your garden grow!

Improve Your Health With A Nice Office Plant

If you have seen “Little Shop Of Horrors” you may not be so enthusiastic about the idea of owning a plant. After all, the idea of a human blood- sucking Venus Flytrap with a mind of its own is not exactly the most encouraging image for the novice horticulturist. However, if you are not yet scarred for life by the image of your small table plant coming to life and crooning, “Feed me Seymour” in a funky baritone, you may not be completely adverse to the idea of becoming a parent to a beautiful bouncing office plant. And, if so, you may be among the fortunate individuals that can reap the health benefits of having such a plant on your office desk. Here are some of the reasons you should make your workplace a little greener.

Plants Reduce Stress
A State University Study at Surrey University in the UK confirmed beliefs that office plants can reduce stress. Participants in the study were asked to take a difficult exam. Half the participants did so in a plant-filled room, while the other half did not. Measurements taken afterward proved that the presence of plants eased stress for participants and that subjects recovered more quickly from stress in a plant-filled environment. 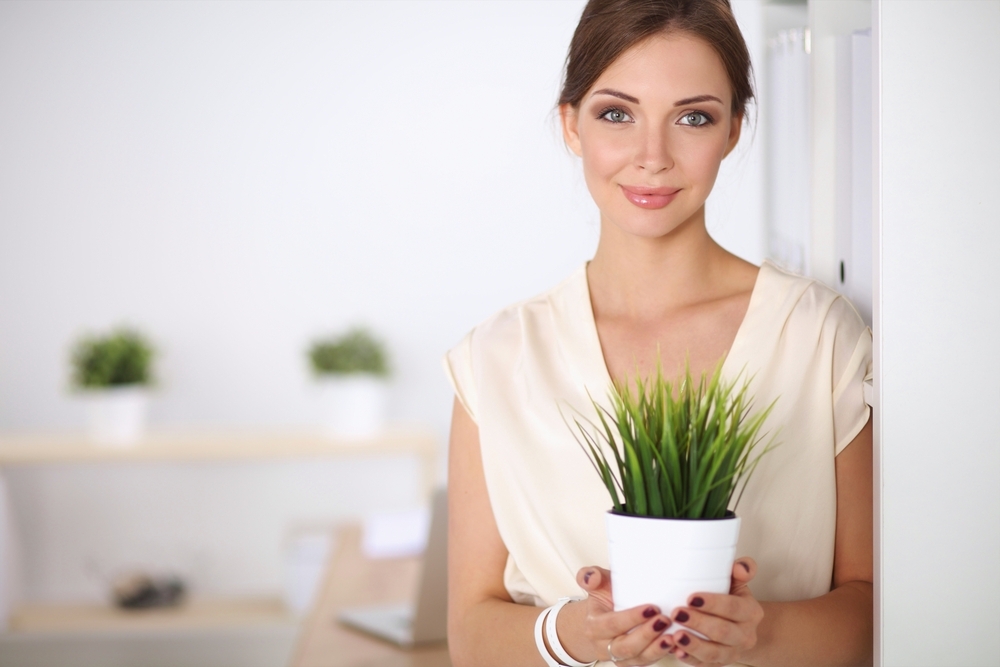 Plants Increase Productivity
With the reduction of stress comes the increase of productivity, research has found. A study published in the “Journal of Environmental Horticulture asked a group of workers to perform a simple task on a computer in a room filled with plants, while another group was asked to perform the same task in a plant- less room. Results showed a 12% increase in productivity in the workers who accomplished the task in the presence of plants. These workers also reported feeling 10% more attentive after completing the task than those tested without the horticulture.

Plants Make A Room More Comfortable
Although a thirty to sixty percent humidity is the range recommended for human health and comfort, many offices come up short of these numbers, especially during the winter and summer. Low humidity can lead to conditions increasing fatigue and respiratory discomfort. Findings by Washington Star University show that humidity rises significantly when plants are added to the environment, with one study demonstrating plants’ abilities to bring a room to the ideal range of comfort.

Plants Make You More Aware of the Environment
There’s nothing like a plant on your desk to keep you thinking about your eco-consciousness. Tending to a plant every day is a great reminder of how important it is to care about the earth. Let the shrubbery turn your thoughts to how you can add a few more eco-conscious habits to your workday, such as reducing paper and employing reusable products.

How has a plant added to your earth friendliness? Let us know why you keep a plant in your office for your mental and physical health.

Why You Need a House Plant

If you’ve ever been surprised by a bouquet of beautiful flowers or a pretty potted plant, you know the instant mood lift you can get just by seeing them, but you might not realize that these plants actually do have significant health benefits. A houseplant is so much more than a decoration, it can improve your breathing, reduce the number of illnesses you suffer from and increase your mental functioning. Learn five reasons you need a houseplant below, and find out which houseplant varieties are thought to be the most beneficial.

Better Breathing
When you inhale you bring oxygen into your body then you release carbon dioxide as you exhale. Your houseplant does the reverse in a process known as photosynthesis. During photosynthesis, plants absorb carbon dioxide and release oxygen. Keeping a houseplant increases oxygen levels, which leads to better breathing. Photosynthesis is a process done during daylight hours, but some houseplants such as orchids and succulents, continue to absorb carbon dioxide and release oxygen throughout the night. An orchid in your bedroom can improve breathing during your sleep, which leads to a better, more restful sleep.

Air Cleaning
According to space agency NASA, both the plants and the roots are used in removing trace levels of toxic vapors from tightly sealed buildings. Low levels of chemicals like formaldehyde and carbon monoxide can be removed using plant leaves alone. Some of the most effective houseplants for air cleansing are:

Reduce Illness
The roots of plants tap into the groundwater table and then release this as moisture in the air in a process known as transpiration. The moisture produced by transpiration is responsible for about 10 percent of all moisture in the atmosphere. Houseplants complete the same process indoors thereby increasing the moisture level in your home. While this may not sound that like an impressive reason to get a houseplant, studies conducted by the Agricultural University of Norway associate an increased moisture level in your home has been linked to a decreased incidence of colds, dry skin, sore throats and dry coughs.

Promote Healing
Bringing flowers or a houseplant to someone recovering from a chronic illness or rehabilitating after a surgery is a common practice, and some research shows that this may be more than a kind gesture. A study conducted at Kansas State University revealed that simply looking at plants during recovery from a surgery was associated with lowered systolic blood pressure and decreased levels of pain, anxiety and fatigue when compared to patients without plants in their rooms. The study labels plants as a “noninvasive, inexpensive and effective complementary medicine for surgical patients.”

Increase Mental Function
Have you ever gone outside for a quick walk and found that your concentration and mental clarity seemed improved? If so, that’s because simply being in the presence of nature provides some significant brain benefits like concentration, memory and productivity. A study from the University of Michigan suggests that merely being near plants can increase memory retention by up to 20 percent. Notes Texas A&M, “keeping ornamental plants in the home and in the workplace increases memory retention and concentration. Work performed under the natural influence of ornamental plants is normally of higher quality and completed with much higher accuracy rate than work done in environments devoid of nature.”

A houseplant expresses your personality, adds beauty to your home and improves your physical and mental health. Bring a houseplant home today to breath easier, work better and enjoy the presence of natural beauty around you.