The Relationship Between Age and Weight

“Boy, he (she) got fat!” Definitely not the nicest thing to think about another person, but most probably a thought that has occurred to us at one time or another. Whether it was the girlfriend you used to sip wine coolers and eat endless amounts of Funyuns with, or the formerly gaunt singer of the eighties heavy metal band that you used to rock out to, age and weight seem to have a funny way of catching up to us at the same time. As if one of the two isn’t bad enough.

However, one just needs to look at aging supermodels, like Heidi Klum and Christie Brinkley to know that age and weight do not have to come as a package deal. Let’s take a closer look at the age/weight relationship and see if the two can be mutually exclusive.

Studies
As you age, the composition of your body changes. Metabolism and hormonal levels alter, impacting the degree and speed of fat accumulation. Generally, the greatest body weight is found in males and females in the 50-59 age group, and declines gradually after you hit 60. In the mid-seventies weight tends to increase again, followed by a small drop off.

A study of runners, ages 18-50 found that in the below 30 age group, most runners were moderately overweight, nearly 30% of the 45 to 49 age group exceeded their recommended weight.

Men Vs. Women
It seems that in the battle of the sexes, weight gain in regard to age is not exempt. Although the male sex is more likely to be overweight, women are more prone to obesity. Problem spots also differ. Whereas women tend to add on pounds on the hips and thighs before menopause, whereas the midsection is the more commonly problematic for men. 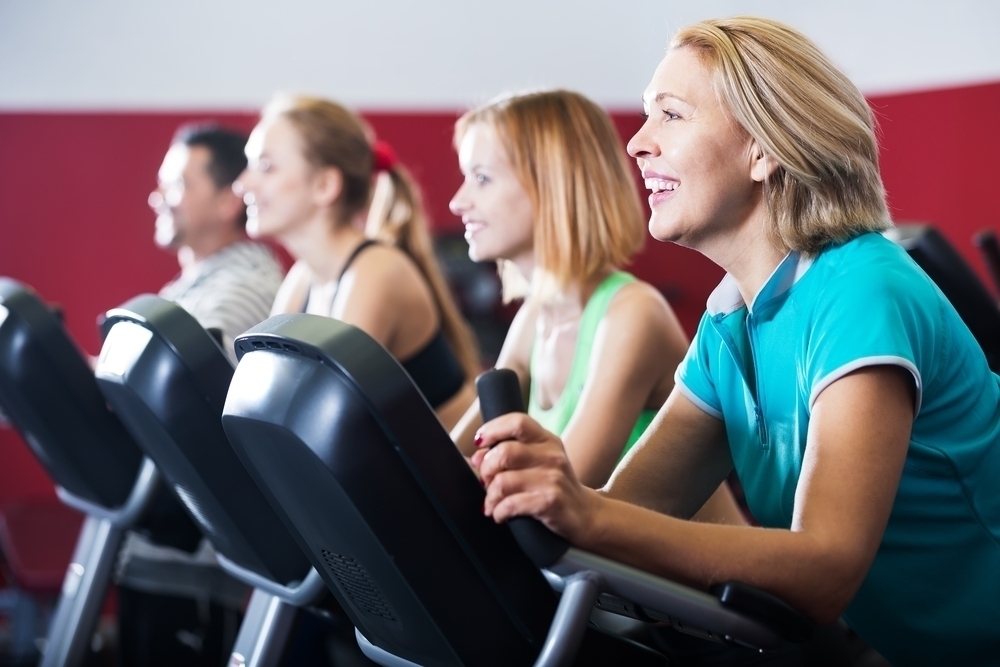 Weight Charts
According to most weight charts, the recommended weight for a woman of 5’6″ is between 117 and 143 pounds. A male of 5’11 has a recommended weight of 155 to 189 pounds. However, weight charts are usually broken down by height and gender without consideration for age, a factor you might want to consider in the evaluation of your weight and your weight loss goals.

Weight Loss Strategies
Although there is a correlation between age and weight gain, the good news is, it is believed that regular workouts can prevent the added pounds that can result from aging. However, it may get a little tougher. As you age, your body loses muscle, which means that you tend to burn fewer calories, which means you may want to increase your activity level. For example, you may want to extend a 30-minute workout to 40 minutes over time. Also, keep in mind that weight training plays a key role in muscle development and is directly related to the number of calories burned, and should be a key consideration in designing your workout routine.

Your diet is another important thing to consider as you age. The junk food and sugar that you metabolized so easily in your younger years will become more problematic as your metabolism slows. Keep your intake of calories at a moderate level and try to include vegetables, fruits, yogurt, and fish in your diet.

How do you keep active as you age? You’re looking especially young!