Please ensure Javascript is enabled for purposes of website accessibility
February 9, 2015  by Mayank

Resveralife on Live Well: How Unhealthy Lifestyles Take a Toll on Your Skin 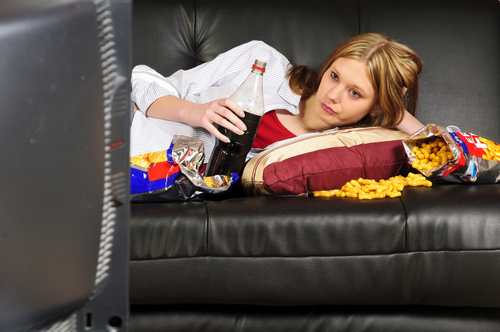 Resveralife  came across a study which showed that living unhealthy lifestyles can lead to skin aging by more than 10 years. The study shows that smoking, lack of moisturization, improper diet and sun beds play a huge role in accelerating the signs of aging. This study was conducted with 585 women from Spain, UK and China by a group of skin care experts and it showed that the factors that influenced the skin were the same, irrespective of the skin type or the background. This study was carried out over the course of 8 years and it focused on women between the ages 25 – 70 in China, 45 – 75 in the UK and 30 – 70 in Spain. Controlled laboratory conditions were established in Shanghai (China), Bedford (UK) and Madrid (Spain). The study proved that lifestyle choices accounted for as much as 33% in terms of how old a woman looks.

The participants of the study were asked a series of questions with regards to their lifestyles, including whether or not they smoked and if they liked tanning. Other questions revolved around their diet, their skin care routine, their brushing habits and whether they have all their teeth. Digital images of each woman were also taken which were later assessed for how old the woman looked in order to identify the perceived age of the woman and whether she looked older than her actual age. The perceived ages were then compared for women with good and bad lifestyles.

The difference that was finally concluded was a staggering 10.4 years. According to Dr. Andrew Mayes, it is common knowledge that genetics are responsible for 50% of how the skin looks, but it wasn’t known that lifestyles played such a huge part in how the skin looked. Dr. Mayes says that even the experts were surprised by the percentage as well as the number of years.

The researchers mention that they couldn’t believe their findings at first, but the evidence was right there in front of them. Women who had a healthy lifestyle simply looked much younger and healthier than women with unhealthy lifestyles. The study goes on to show that skin care isn’t just about slathering skin creams and moisturizers and forgetting about the rest. Proper skin care is actually about how you treat your life and your body and the steps you take to rectify any obvious errors in your ways.

The study also offers promising results for people not wanting to undergo things like invasive cosmetic procedures or plastic surgeries. The effects of proper skin care, a healthy diet and a good lifestyle might be small, but the study shows that steady effects shall certainly be seen over a period of time without having to resort to invasive procedures.

Resveralife  is delighted to have come across this study because it simply reinforces our beliefs and our suggestions. Resveralife  has always maintained that the secrets to unlocking healthy and younger looking skin is to have a proper skin care routine, live a healthy life and enjoy a balanced diet.